Janet Mbugua is a Prime Time News Anchor and Reporter on Citizen Television, as well as Founder and Trustee for Inua Dada Foundation.

Janet Mbugua was born on January 10, 1984. She was born in Mombasa. She is married to Edward Ndichu and they have a son, Ethan Huru Ndichu born in October 2015

Her Career in Broadcasting Started out in Radio at the age of 19 at Kenya’s Capital FM Station which gave her an edge over most people her age as well as allowed her to gradually gain confidence and credibility in her chosen field of Media.

Over the years she has covered notable events like the 2013 Memorial Service for Former South African President Nelson Mandela, the 2007 and 2013 National Elections in Kenya, the 2012 Presidential Elections in the U.S.A. and the 2010 World Cup in South Africa.

In 2009 she was headhunted for the position of News Anchor, Reporter and Prod 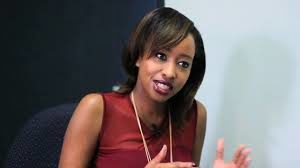 ucer as well as part-time Host of the Pan-African Current Affairs show, Africa 360 by eTV in Johannesburg, South Africa.

In 2012 she was honored to Co-Host a live televised award show honoring African Leaders and later in 2013 she hosted a series of interviews for the African Union (AU) and Organization of African Unity (OAU) 50th Anniversary commemoration event organized by MultiChoice South Africa, in Addis Ababa, Ethiopia.

Beyond Broadcasting, she is the Founder and Director of Media Avenue Limited, where she provides services which include Public Speaking, Moderating & Emceeing. 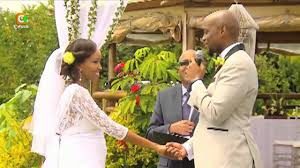 In addition she works to empower and mentor young people particularly girls in Kenya through Inua Dada Foundation which she founded in 2013.

Endorsed by the First Lady Of Kenya Her Excellency Margaret Kenyatta, Inua Dada Foundation envisions a Global Community that empowers and protects the rights of every Girl Child.

Janet Mbugua completed a 2-year Mass Communication Course from Limkokwing University, Malaysia and she is currently pursuing an MBA in Global Business Management at the Swiss Management Academy in Nairobi, Kenya.

Janet Mbugua anchored her last news on Monday, April 10 before announcing she was leaving for another
challenge.

Details of why Janet Mbugua has left Citizen TV have emerged. According to Business Today, Janet has
landed a mega job with the Red Cross which is more paying where she will assume the role of a
communications and advocacy director at the Red Cross Kenya office based in South C, Nairobi.