Paul Mwai is one of the most sought after gospel musicians in the country. His music is a favourite to many, which has given him a big name in the gospel circles.

Paul Mwai comes from a very humble home in a family of 7 children and is the 4th child.

Paul Mwai has always had passion for singing from a very tender age and started composing his own music when he was still young and would perform in church. It was while in form 1 that he recorded his 1st album, WAUZIMA, and his 2nd album, RACE, in form 2 but unfortunately the albums did not do well because of poor quality, so he only used to sell his music to students. While in form 3 he recorded his 3rd album, NDIGATIGA KUGA which also did not do as well but today it is a favourite to many. He also recorded the 4th album RACING UP, then the 5th, AM IN LOVE, and the 6th album, THROUGH IT ALL. Paul Mwai has come from far, from hawking CDs in matatus to now being a celebrated worship minister. 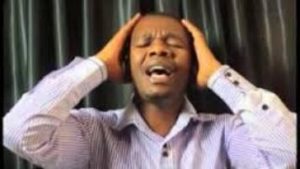 Paul Mwai was enrolled to form one at Njiris but there was no money. By God’s grace he got some little money enough to help him join but the fees balance was always so high for the 2 years he was there, until he transferred to another school and the balance was cancelled.

Paul Mwai says his music is dedicated to glorifying God alone. His song NDIGATIGA KUGA was composed after he narrowly escaped a road accident that left many seriously injured. He sings from experience, from what God has done for him.

“Before I can release an album, most of the times I have had to go through a wilderness, where only God can sustain me, and it is in those wilderness seasons that I write my songs. That is why in almost all my songs, I am either praying or thanking God.” says Paul.