Lady Jaydee whose real names are Judith Wambura Mbibo, is a Tanzanian singer. She was voted Best Tanzanian Female R&B Artist in 2002 and was awarded “Best R&B Album” at the Tanzania Music Awards in 2004.

Lady Jaydee was married to Clouds FM presenter, Gardner G. Habash and had no children. 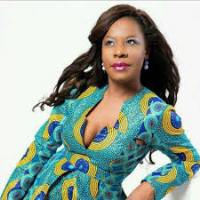 They had an exciting wedding back in 2005.

Jaydee accused her husband of infidelity and proceeded to the court to file a divorce to formally end her 9 year marriage. She filed for divorce in 2014 and the separation was finalised in February 2016.

On his side, Gadner revealed how he had fallen on hard times after getting into relat

ionship with Jaydee and accuses her of fleecing him.

Gardner lamented how he now regrets ever leaving his first wife looking at the troubles that have encumbered him.