William Juma, popularly known by his stage name as Juma Anderson is an actor who plays the role of an authoritative boss in the local program ‘Papa Shirandula’ that airs on Citizen Television.

He was born in Tanzania and has lived in several places including Uganda, Thika, South B and Busia.

He is a holder of a Degree in Literature from the University of Nairobi.

Before his breakthrough in the industry, Juma Anderson had many unsuccessful auditions since producers were looking for artists who were already established and those with faces that could sell.

In 2006, he was called and told to carry his suit during the shoot and was given a car and was told to act as a boss, which the director liked and since then he has played the role of a boss. 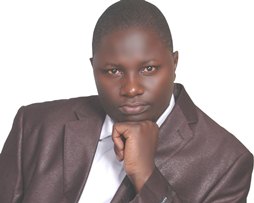