Mercy Cherono Koech is a Kenyan long-distance runner and was the silver medalist in the 5000 metres at the 2013 World Championships in Athletics.

Mercy Cherono was born on 7th May 1991 in Kericho.

Mercy Cherono started running while at Kipajit Primary School and later moved to Chelimo Primary School near Kericho and eventually Ngariet Secondary School in Sotik. She is a two-time world junior champion in the 3000 metres (2008, 2010) and has also won gold medals at the 2007 World Youth Championships in Athletics and 2008 Commonwealth Youth Games.

She has been a success junior athlete in cross country running, taking the silver medals in the junior team and individual competitions at the 2009 IAAF World Cross Country Championships and improving to the gold medals at the 2010 edition. She is coached by Gabriel Kiptanui and managed by Gabriel Rosa.

Mercy Cherono is the oldest of six siblings and comes from Kipajit village, near Sotik town. Her younger sister Sharon Chepkorir is also a runner and their father John Koech runs a training camp in Kipajit village.

Mercy Cherono won the Most Promising Sportswoman of the Year category at the 2009 Kenyan Sports Personality of the Year awards, and repeated by winning the same category the following year.

Cherono got married to the man of her dreams ‘Edmond Samoei’ in a colorful traditional wedding ceremony. The wedding was held in Kipajit village, Chemagel constituency in Bomet County, on December 19, 2016.

Edmond Samoei became famous after winning twice in sports betting jackpots in a space of six months in 2016, where he won Sh10 million and Sh21 million. 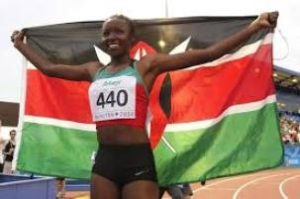 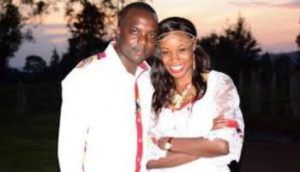