Mike Sonko declares he is ready to work with Peter Kenneth to transform Nairobi.

Nairobi Senator Mike Sonko has said he is willing to work with all opponents and people who lost in the just concluded Nairobi county Jubilee nominations.

During an interview with Citizen TV on Wednesday, Mike Sonko said he was planning on meeting aspirants who lost in the primaries to forge unity ahead of August elections.

He said that he is ready to work with Peter Kenneth and Bishop Margaret Wanjiru towards a better Nairobi.

“We will meet and discuss how to make Nairobi a better place,” Mike Sonko said further dispelling claims he was offered a deal to step down from the race.

Mike Sonko who has stated that he has been rightly cleared by the EACC, will face off with the incumbent Evans Kidero of ODM during the August poll.

He further stated that they will consult the party and the people of Nairobi on the choice for a suitable running mate.

“The business community has to give me a technocrat, a person who will be from the corporate world, to be my deputy.”

“We will work to make Nairobi a better place after we defeat the incumbent in August,” Mike Sonko said.

He further assured voters that he will also repossess grabbed hawkers’ markets as well as create opportunities for them to do business in the city.

“We will have programs where less-busy roads are closed down during certain hours of the day for hawkers to sell wares,” Mike Sonko said.

“We will also involve stakeholders in the transport sector to address the Boda Boda menace in the city.” 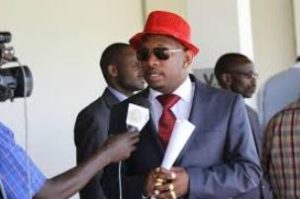 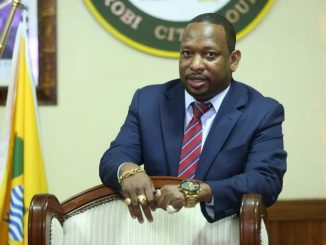 Sonko Under Threats to Give Billions to General Badi.