Soita Shitanda died at the age of 57 years

Soita Shitanda was a Kenyan politician. He belonged to New Ford Kenya and was elected to represent the Malava Constituency in the National Assembly of Kenya. Soita represented Malava constituency since 1997, after he ousted the then, Minister of Health, Mr. Joshua Angatia in the general election, vying on a Ford Kenya ticket. He was re-elected to parliament in 2002 on the NARC ticket and served as an assistant minister in the office of the president, before he was appointed minister for housing in a cabinet reshuffle in 2005. Mr. Soita was again re-elected in the 2007 parliamentary election and re-appointed Minister for Housing.

The late Shitanda died at 1.30 pm on Tuesday while receiving treatment at the Nairobi Hospital where he had been admitted for the last three weeks.

The late Shitanda had been suffering from diabetes for the last two years. He had also received a kidney transplant at a hospital in India some months ago.

His close associate, Lugari MP Ayub Savula said: “He has been diabetic. Three weeks ago, he suffered a sharp rise in blood sugar level and was taken to hospital. The doctors brought down the sugar levels but they later discovered that he was also suffering from a bout of pneumonia. At the time, he had left the intensive care unit and was being treated in the general ward.”

His death comes only three days after the burial of his elder brother, Walucho Shitanda at their Butali home in Malava constituency last Saturday. The late MP was conspicuously missing at the burial as he was indisposed.

President Uhuru Kenyatta said in his message of condolence that the former Minister was a patriotic and committed leader who was always loyal to the State and his country.

“Death has robbed us one of the loyal sons of this country, who served our country with dedication,” the President said. 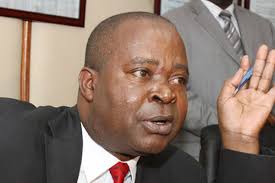 Cord leader Raila Odinga in his message said Mr Shitanda was a soft spoken leader who represented his people diligently and with dedication.

The county government will cater for medical and funeral expenses of former Housing Minister Soita Shitanda.