The 8 traits to be great. As much as each person’s path to success may be unique, Successful people have 8 traits in common according to Richard St. John the author of “The 8 Traits Successful People Have in Common”

Richard St. John conducted interviews with more than 500 highly successful people and found that they all shared eight traits, which he calls the “8 to be great” because “they’re the foundation for success and greatness in any field.”

1. The 8 traits to be great:  Successful people are passionate about what they do.

Passion tops the list because “if you love what you’re doing, it will be so much easier to develop the other seven success traits,” St. John writes.

He says there are two types of people: strivers and seekers. Strivers know what they want to do early and can go for it from a young age, like Tiger Woods. The majority of people, however, are seekers. They have to discover what they love.

St. John says there’s one easy question you can ask yourself to determine if you’ve found your passion: “Would you do it for free?” If the answer is yes, then you’ve likely found it.

“Do what successful people do and follow your heart, not your wallet,” St. John writes. “In the end, your wallet will be happy you did.”

2. The 8 traits to be great:  Successful people work hard while having fun.

Hard work is necessary in any field, but it’s also important to have fun while you work.

St. John writes that he once read an article saying there was no correlation between success and hours worked, but he disagrees. Every successful person he interviewed works long hours.

Some of the people he interviewed take an unconventional approach to the workday. Rather than the standard 9 a.m. to 5 p.m. shift, they look at each workday as a 5 a.m. to 9 p.m. shift. Oprah Winfrey, for example, told St. John that she “would never see daylight.”

But it’s important to avoid burnout. He writes that successful people aren’t workaholics; they’re “workafrolics” because they have fun doing what they’re doing. Having an 80/20 split is a good guideline, he says, meaning 80% of your work should be enjoyable and the remaining 20% should consist of the serious, not-so-fun stuff.

3. The 8 traits to be great: Successful people have a specific focus.

Focus is key. To be successful, it’s important to specialize in a certain area and build your expertise.

“Success means narrowing down and focusing on one thing, not being scattered all over the map,” St. John writes. But there’s more to it than just picking a field and focusing on it. You should start out thinking wide and then narrow it down into one specific focus.

St. John uses Warren Buffett as an example, who told him that putting money in a lot of things is “a Noah’s Ark way of investing — you end up with a zoo that way.”

4. The 8 traits to be great: Successful people push themselves out of their comfort zones.

“I think whatever you’re doing in life just push yourself to the limits,” Richard Branson told St. John.

Pushing yourself starts with getting out of your comfort zone. You must push through shyness, doubts, and fear, St. John writes.

There are seven specific ways St. John highlights to help you push yourself toward success:

2. Get a challenge to push you.

3. Get a deadline to push you.

4. Push yourself with self-discipline.

6. Get competition to push you.

7. Get a tormentor to push you and a mentor to support you.

5. The 8 traits to be great: Successful people consistently come up with new ideas.

Donald Trump told him: “Deals are my art form. Other people paint beautifully on canvas or write wonderful poetry. I like making deals, preferably big deals. That’s how I get my kicks.”

1. Have a problem, because big ideas come from everyday problems.

2. Be observant: Eye-Q can be more important than IQ.

3. Listen: Ears are antennas for ideas.

5. Borrow an idea, and build it into a new idea.

6. Make connections: Take one thing and connect it to another.

8. Write your ideas down. 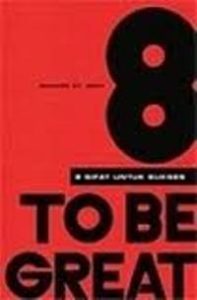 6. The 8 traits to be great: Successful people are constantly getting better.

Someone who achieves great success is always improving, “whether it’s their career, project, product, or service.” Continuous improvement means getting good at something, then getting better, and then aiming to be our best, St. John writes.

It’s also important to focus on your strengths rather than your weaknesses. It’s fine to be bad at a lot of things, St. John writes, as long as you’re really good at one thing.

7. The 8 traits to be great:  Successful people provide value to others.

St. John says it’s important to ask yourself who you serve, because most people only care about how you can fix their problems.

Once you’ve determined who you serve, you need to figure out what unique value you can offer. Martha Stewart, for example, learned to be a master homemaker, and “her expertise had high value for millions of women clamoring for tips to make a better home,” he writes.

According to St. John, when you shift your focus off of yourself and onto the people you serve, you set yourself up for financial success: Do what you love. Serve others what they love. Get money in return.

8. The 8 traits to be great:  Successful people are persistent through failure.

There is no true overnight success. Persistence works hand-in-hand with patience.

St. John found through his interviews that it typically takes 10 years of working toward your goal to achieve success. For example, “Steven Spielberg had the rights to ‘Schindler’s List’ for 10 years before he felt ready to make the movie that won him the Oscar for Best Director,” St. John writes.

And it’s important to keep in mind that failure is inevitable — whether it’s making mistakes or facing blatant rejection. How you deal with it can be the deciding factor.

“Failure can be heartbreaking, and when it happens you have a choice,” St. John writes. “You can let it be your school or your funeral.”

The right choice, of course, is using failure as a stepping stone and building off it. Once you do, St. John says it’s all about relentlessly moving forward.