Wilson Sossion is the Kenya National Union of Teachers (Knut) Secretary General and is very fiery when it comes to matters affecting teachers.

Wilson Sossion is a father of three children, and lost his first wife in an accident in 2010.

There were claims that Sossion earns Ksh 940,000 with no allowances per month in a payslip that was circulating on social media platforms. He however denied the claim that union officials earn almost Sh1 million a month. He said nobody in the organisation receives a basic salary of above Sh200,000 and said that the payslip that was circulating had been cooked up by a senior adviser at the Office of the President. 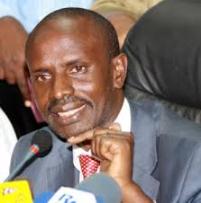 Among his known wealth is his eight long distance 24-wheeler trucks.

Sossion  re-married in a private function at the attorney general’s office on Thursday, April 28th 2016. He wedded his lover Vivianne Kenduiywa. There was a grand reception held at Sossion’s home in Motigo, Bomet County.