She went to Bishop Gatimu Ngandu Girls High School, where she was part of the accapella group Sobriety. Amani signed to Ogopa Deejays in 1999, soon after graduating from high school. In 2000 she joined United States International University to study International Business Administration.

Her first single “Move on” was a radio hit, and was followed by hits single “Tahidi” and “Papii” in 2001. Her 2002 collaboration with Nameless ‘Ninanoki’, was a major national hit. Her later singles include “Talk to You” (featuring Patonee and Big Pin), “Bad Boy” (featuring Nyashinski of Kleptomaniax), Usiwe Mbali (featuring AY), “Tamani”, “Missing My Baby” and “Tonight”.

She signed with Sony Music under Rockstar 4000 (2010). She recently worked on a ground-breaking song with International R n B singer R. Kelly alongside top African stars like Ali Kiba, Navio, Fally Ipupa, 2face Idibia, JK, 4*4 and Movazeleine. The song titled “Hands Across the World” m 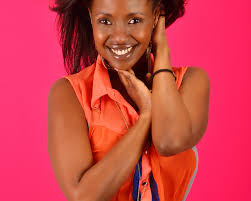 ade it to the billboard 100 and had over 1 million downloads in Africa.

In 2013, she paired with Uganda’s dancehall duo Radio & Weasel in the making of the single “Kiboko Changu”, the lead sing-off for her latest album. In 2015,

she released the single, “Kizungu Zungu”.In July 2015 she dropped yet another audio, “Heartbreaker”. It is mainly tuned with reggae and dancehall influences.The video was officially released on 8 September 2015.

Her contributions to the Kenyan music industry have earned her several coveted accolades, including the Best Female category at the 2009 MTV Africa Music Awards, Pearl of Africa Music Awards, Kisima Awards and Chaguo La Teeniez Awards. She released her debut album in 2006.

Amani until just recently, has been keeping her private life to herself with Tanzanian superstar A.Y, being the only other guy she has been publicly linked to.

AY opened up about his failed relationship with Amani .

“I met Amani in 2005. We became close friends and later, lovers. We loved and respected each other. In 2007, we split. Contrary to what many speculated,

misunderstandings and quarrels did not contribute to the break up,” he said.

“The distance and expenses incurred (in making the relationship work) were the main reasons we went our separate ways. Neither I nor Amani was ready to relocate to the other’s country. Patriotism played a part in our decision,” he explained.

According to the Zigo hit maker, Amani is fiercely patriotic. “Everyone loves his or her country; you never tell Amani anything negative about Kenya. She loves Kenya very much. I am also a proud Tanzanian,” he added.

Recently Kenyan Singer Amani revealed that she will be getting married soon to her west African boyfriend.
The award-winning starlet has been dating the Nigerian label owner since 2014. Although Amani has not openly introduced him to the world as her husband until now, Chinasa Udeala is the name of the Lucky guy. He has always been spotted with the Singer at several events. The two are very happy and wedding bells will be heard soon. 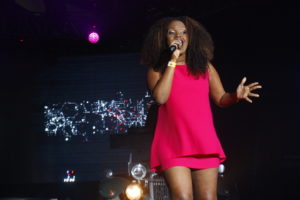