Amos and Josh were the first runners up in Tusker Project Fame 6. Their music group was born in 2013. Amos and Josh are known for their musical hit songs such as “Baadaye” with Rabbit and “Nerea” with Sauti Sol.
After the project fame show, their journey began with a performance at State House for His Excellency The President of The Republic of Kenya Uhuru Muigai Kenyatta and other heads of state, and after that they performed at the Kenya 50 Celebration Concert. Amos and Josh have had the privilege of sharing a stage on different occasions with Africa’s legendary voices such as Erick Wainaina, Carol Atemi, Sauti Sol, Jaguar, Chris Adwar, Antoneosoul, Kanji Mbugua amongst Others.

Amos whose real names are Amos Wambua Muema is 30 years old, born and raised in Nairobi. Amos is the middle child of a single parent. He believes that music should be driven by a message and he is inspired by old school artists like Michael Jackson, Bob Marley and Boyz II Men. Amos attended Imara Primary, Dagoretti High school, and Graffins College.

Josh whose real names are Simani Joshua is 25 years old, born and raised in Nairobi, Kenya. Josh is the first born in a family that is all boys. Josh attended Olympic Primary School, Upper Hill School, and University of Nairobi. 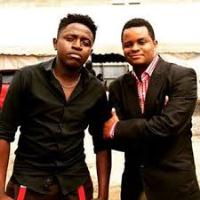 Their main theme for their music is ‘Love is Simple’ which solidifies their belief that love is the remedy to human needs. They therefore view their music as a perfect vehicle to share love.

Amos is not yet married but has a girlfriend while Josh is single.