The looting at the Ministry of Devolution and Planning and National Youth Service (NYS) was supposed to go on as long as the Jubilee Government was still in power and Anne Waiguru still the Cabinet Secretary for Devolution.

This was revealed by businesswoman Josephine Kabura, who said the looting was not to be exposed under any circumstances.

In court papers that she filed on Monday, Kabura claims that Waiguru had put everything in order so that no one would know about their looting but they were betrayed by former NYS Deputy Director General, Adan Harakhe, who went behind their backs and processed orders without their knowledge.

She said Waiguru was irritated and mad at Harakhe after what he did because his recklessness exposed them and their dubious deals. 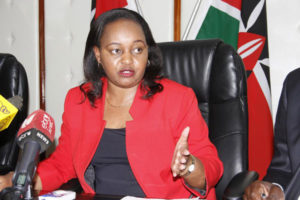 “After the newspaper expose on CBK exposing NYS payments, CS Waiguru summoned me very early in the morning at her Runda house where I met Mr. Mutahi Ngunyi, Mr. Adan Harakhe. Mr. Hassan Noor and a gentleman by the name Mr. Joseph Mugwanja. They were all mad at Mr. Harakhe for processing orders behind their backs leading to the ensuing mess,” the court documents read in part. 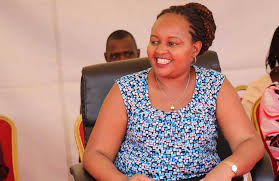