Bien-Aime Baraza is a member of the popular all-boy band Sauti Sol who have been arguably Kenya’s top act in the last few years. Some of the most popular hit by the group include Lazizi, Sura Yako, Nishike and Nerea.

The group is currently riding high on their latest album Live and Die in Afrika. The other members of the multiple awarding winning music group are Willis Chimano, Savara Mudigi and Polycarp Otieno. 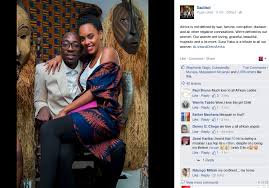 Nancy Baraza, is well known for the phrase “you should know people”

The former judiciary boss grabbed headlines in 2012 when damning accusations were made against her that she intimidated and allegedly pinched the nose of a security guard at a Nairobi shopping mall.

The incident at the Village Market touched off public uproar that eventually forced Ms Baraza to resign after a tribunal, constituted on the recommendation of the Judicial Service Commission, ruled that she had brought disrepute to the judiciary.

The beautiful Nigerian fitness queen worked with Slim Possible for its sixth season before landing a morning show at the same station.

Chiki Onwekwe was the envy of many girls after she was sported holidaying with Bien-Aime Baraza at he English Point Marina. As it turns out, Chiki was not just some arm candy but she had been Bien’s girlfriend for about a year.

The two have shared a sizzling romance that has had many hopeless romantics and cynics alike swooning in admiration.

But as she reveals in an interview, their first encounter was not as fiery, in fact Chiki didn’t know who Bien-Aime Baraza was and was not interested at first when Emmanuel Jambo introduced them.

But after she‘clicked’ and got entangled in an enchanting conversation and exchanged contacts at the nightclub where they first met, things kind of fell into place and now they are heading to their second year.

Chiki went on to reveal that she knows that there are haters who think that she is into Bien for the fame but she discloses what they have is real.

Bien-Aime Baraza has for the longest time managed to steer his personal life away from the public eye but not anymore. Photos emerged of his two kids and his babies’ mama, Bijou Baraza. 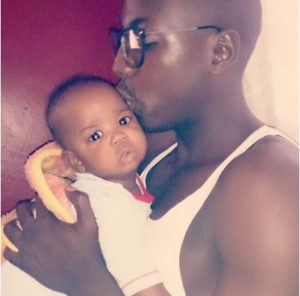 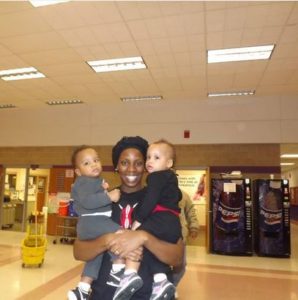