Cheryl Kitonga found herself the subject of memes and ridicule after her conversation with a taxi driver, who drove her to meet the businessman on the night of his murder, was aired on Monday night.

Her recorded telephone conversation with the driver was aired on KTN’s Jicho Pevu and The Lead investigative series.

In the recording, Ms Kitonga told the driver that she was stressed by the police investigations into the businessman’s death because she was probably the last person he met before his death.

The evidently shaken student went on to reveal that she lives with her strict parents in South B.

Footage from Closed Circuit Television (CCTV) cameras captured Ms Kitonga seating on the passenger seat  of a Mercedes Benz that Mr Juma drove to the city centre on the night of the murder. He dropped her off near Trattoria Restaurant in the city centre.

Moments after Ms Kitonga was mentioned in the television expose, she deactivated her Facebook account. But it proved too late as  users had already downloaded her pictures and taken screenshots of her online activity.

Within minutes, numerous pseudo accounts and pages had been created in her name which also carried her photos. 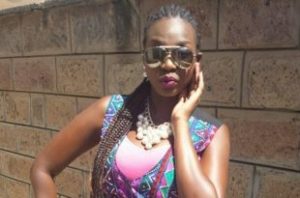 Users who searched her name online after fake accounts had been created went ham on Ms Kitonga, calling her names and faulting her for the ‘sponsor mentality.’

The Criminal Investigations Department (CID), had on Monday said that it had recorded 28 statements from various people in connection to the businessman’s death.

They included the widow Miriam Juma, Karen police officers, the breakdown driver who towed Mr Juma’s car, a lawyer girlfriend who received Sh30,000 from the deceased on the night of his death, another girlfriend who was sent Sh60,000 to buy a mobile phone and a house help whose salary of Sh9,500 was sent by Juma.

The late Juma was found dead in his car along Ngong road on May 5 after being shot by unknown gunmen.