Chris Kirubi- a self made billionaire is a Kenyan businessman, entrepreneur, industrialist and a philanthropist.

Chris Kirubi is a Director at Centum Investments a business conglomerate, in which he is the largest individual shareholder.

Chris Kirubi serves as the chairman for the following companies:

Chris Kirubi was born poor, lost both parents very early, and had to start working during school holidays to supplement the needs of his brothers and himself. Upon graduation, he worked for Shell, as a salesman, selling and repairing gas cylinders. According to Chris Kirubi, the pennies he earned from this job could not have bought anyone a meal.

During the 1960s and early 1970s, Chris Kirubi worked as an Administrator at Kenatco, a government-owned transportation company. Starting around 1971, he began buying old buildings in the cities of Nairobi and Mombasa, renovating them and either selling the renovated structures or renting them out. He also began acquiring strategic pieces of land in and around Nairobi, and proceeded to erect rental residential and commercial properties on them, using loans from banks.

His foray into real estate property development was timely and strategic, and he made a fortune. He is one of Kenya’s wealthiest businessmen with a fortune estimated at $300 million, and also one of the richest men in Africa. His property management company, International House Limited (IHL), owns and manages various residential and commercial buildings in Nairobi and he owns Nairobi’s landmark International House building, one of the city’s longest standing and most prestigious commercial properties.

Chris Kirubi has earned much since he acquired his first dilapidated property in the early 1970s. He now counts among his real estate holding Nairobi’s iconic International House building (home to his office) and, through his property holding company House Limited, 40 other residential and commercial properties across the city, valued at more than $200 million.

Add his other assets and Kirubi is worth a conservative $300 million, placing him at number 31 on Forbes’ inaugural list of Africa’s 40 Richest.

Yet he is somewhat modest about his success. “People say I am one of the richest people in Kenya, but that’s not my concern. I mean, they say I am a god of sorts, but I don’t agree,” he says with a smile. “When I look around at my companies and see the number of people we have employed, it gives me joy. It is more satisfying than having all the money in the world.” Through his various enterprises, including International House, Tiger Haco Industries, Capital FM and DHL Kenya, he employs close to 1,000 people.
Chris Kirubi – Haco Industries

In 1998 Chris Kirubi acquired for an undisclosed sum 100% of Haco Industries, a Kenyan subsidiary of a Dutch trading house. Kirubi expanded the company from a distributor of American and British brands to a leading indigenous manufacturer of consumer products, including TCB and Palmers, the bestselling hair and skin care products in the country. In 2008 Haco formed a joint venture with Tiger Brands, one of South Africa’s largest food manufacturers. Revenues of Haco Tiger Industries were in excess of $33 million in 2010. It employs close to 700 people.

“In a way, I feel like I am a part of every Kenyan’s life. 95% of all Kenyans or anyone who comes to Kenya has at one time or the other used a product that is manufactured by me.”

In 1998, Chris Kirubi purchased Capital FM, a floundering local radio station. “I didn’t just want to acquire the station solely for the financial dividends it was eventually going to give me; I wanted to love the business,I wanted to understand the business from the very basics. So I approached the managers and told them that I wanted to host a rock radio show. I asked them to teach me how to become a Disc Jockey.”

Chris Kirubi not only learned how to disc jockey, he also began hosting a weekly rock show on the station. The public went wild. Ratings shot through the roof. The station is now the largest in Kenya in terms of listenership – over three million people tune in every day, and it has outshone the competition for several years running.

Chris Kirubi holds the largest individual stake in Centum Investments, a private equity firm listed both on the Nairobi and Uganda stock exchanges with a recent market capitalization of $92 million. Centum has one of the most attractive investment portfolios in the region, including substantial stakes in Coca-Cola, Safaricom (Kenya’s leading telecoms company) and Kenyan Commercial Bank.

Until it announced recently that it was going to cede some shares to Old Mutual, Centum Investment had a 58.3 per cent stake in Two Rivers Mall. The mall, said to be the biggest by size (62,000 square metres) in Kenya, sits on a 100 acres on Limuru Road, not far from the leafy suburbs of Nyari, Gigiri, Muthaiga and Runda.

The first phase is set to cost an over Sh25.2 billion. Two Rivers is being developed by Athena Properties Limited, a subsidiary of Centum. It will host a five-star hotel, residential apartments, an office park and house international anchor stores.

Billionaire businessman Chris Kirubi is the majority shareholder in Centum, headed by James Mworia as the CEO. The Capital FM owner and deejay is also a director at Centum.

Being one of Kenya’s wealthiest businessmen, Kirubi has a fortune estimated at $220 million (Sh22 billion) as of January 2016, according to Forbes. Forbes put his stake in centum at 27 per cent, 49 per cent stake in Haco Tiger Brands, the DHL franchise in Kenya and extensive commercial and residential real estate in Nairobi.

Chris Kirubi divorced his wife in 1999. They however have a daughter known as Mary-Anne Wambui, a 46-year-old entrepreneur and business woman. After his divorce, Chris Kirubi has remained single since.

Kirubi resides in Benhard Estate, Nairobi. His home, having been built around 10 years ago, stands on a two section of real estate parcel and is among the most costly houses in Nairobi.

In 2018 Kirubi was hospitalized in Boston where he underwent treatment for colon cancer. 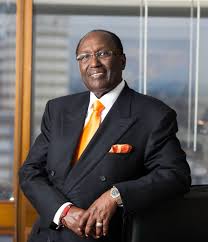 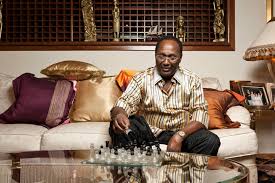