Jemutai whose real name is Stella Bunei Koitie, is a comedian on Churchill show known for her signature outfit which is a headscarf, jacket and a gourd of mursik. She got her big break in comedy in October 2015 after auditioning for 10 months straight without any success.

Her entrance into comedy was inspired by Teacher Wanjiku and David The Student on Churchill Live as she found their performances to be very interesting and inspiring.

She was raised both in Elgeyo Marakwet and in Embakasi Nairobi.

She auditioned for 10 months straight without any success where every Tuesday her mother would give her fare from Embakasi to Lang’ata and taxi money to go back.

At some point she was about to give up and on October 20th 2015 she went for what was to be her last audition, after which she was to quit. However, that week she was picked and October 22nd 2015 was her first show ever.

Her style is based on Jemutai’s character, who is a young naïve village girl trying to make it in Nairobi.

Her mother is her biggest inspiration; Jemutai is a reflection of her and she gets a lot of content from her.

After completing high school, Jemutai choose to do Information Technology at Jomo Kenyatta University of Science and Technology and thereafter secured an internship position at Kengen Olkaria as an IT support technician, but since it wasn’t her passion, she abandoned it and started chasing her real passion which is comedy.

‘Comedy has always been my first love, it was always what I wanted to do. I never missed an episode of Churchill. I watched every act, took notes and developed my own content.’ said Jemutai

Jemutai is a mother to a one year old baby boy. 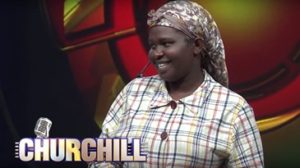 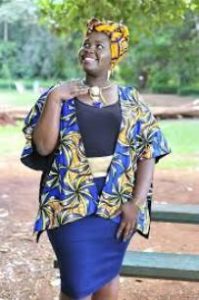