What BETTY has done to OKARI now has made him the laughing stock at NTV.

After the wedding, they flew to the world’s best destinations for their honeymoon that lasted for one month.

Apparently, Okari realized that Mombasa Governor, Hassan Joho, has been secretly drilling Betty and buying her expensive gifts among them a Toyota Prado VX and a house in Kilimani.

Betty has officially divorced Okari and removed the expensive wedding ring he bought for her, something that has made him the butt of all jokes at NTV.

Okari is said to have imported the precious wedding ring that cost him an arm and leg.
Betty removed the wedding ring last week to prove that she is done with Okari.
Ironically, Okari is still wearing his wedding ring despite Betty divorcing him for Joho.

She is currently living in a lavish apartment that Joho bought for her in Kilimani as Okari struggles with life in a low-end estate along Mombasa Road. 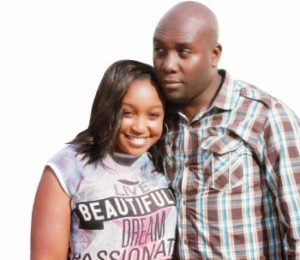