Ciku Muiruri was reacting to the latest shocking revelation by Beyonce that Jay Z cheated on her.

On ‪#‎Lemonade. Gorgeous women like Beyonce, Halle Berry, Rihanna etc are all getting cheated on and y’all are in the gym working on your bodies and paying big bucks for that make up and wardrobe. If I’ve said it once, I’ve said it a thousand times, it’s not about the way you look; it’s about how you make him feel.

Yes, lemonade is on ??? fire (making women everywhere want to dump their cheating boyfriend even when they don’t have one). I was enthralled along with the rest of you watching that epic documentary but please, don’t be misled. You simply can’t cut a man’s balls off in public and expect to remain in a happy marriage, even if you’re Beyoncé.

FACT: Wounding a man’s sensitive pride is the most common cause of marriage failure. Not cheating (Queen Bey hasn’t left him) not physical abuse (how many women do we beg to get out of abusive situations?). It’s simply about how you make him FEEL.

Men are not like us. They don’t see love the same way we see it. Quite simply, admiration is food for a man’s soul. He needs to feel admired more than he needs to feel loved. We get it twisted because we care about love more than admiration. So Jay Z will be in awe of his wife and all of her professional accomplishments but she doesn’t want his admiration (she gets that from the the rest of us), she wants his love. On the other hand, Bey will love him with all her soul but he doesn’t really need that, he needs her admiration. 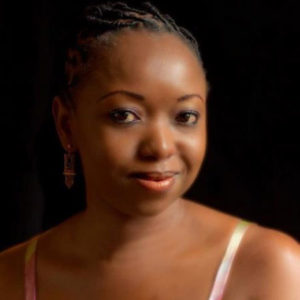 And does he get that from her? Miss Independent who reminds us (and him) every second how she doesn’t need him? “Keep your money, I got my own, boy!” Boy? Seriously? She gleefully tells us how he shed tears to get her back. Did we really need to know that? She wonders how he can cheat on her – She ain’t no average chick she tells us. Yes you are Bey.

You are actually worse than the average chick because you feel entitled. You are no different from every other girl out there who made a buck and made a man her equal. And depending on the day of the week, her subservient. Call it feminism. Call it whatever you want. But you forget what drives a man. His greatest pleasure is to be admired by a woman and his greatest pain is when his masculinity is belittled by a woman. This is a FACT and all your female empowerment agendas will NEVER change this.

Either become a lesbian, agree to settle for a wimp or change your approach. Be humble. Work on your soul as well as your body. Put the Lord first and marry a man who does the same. If both of you are God fearing you will never have to deal with this crap, trust me. What was that line Bey used, about using the pages of the bible as a tampon? Ehhh. (???)
You have to make your man Number One after God. Respect him. Admire him. That love you want from him will only be unlocked if he feels needed. If he feels he can protect you. If you are vulnerable with him. Ever wondered how some ugly chick can land the hottest guy in town? Now you know.

“Becky with the good hair” is just waiting in the wings because you have made your hubby a laughing stock. He probably agreed to the whole thing to keep his family together but it will slowly chip away at him. We will mock him. We will remove the last vestige of male pride he has. Because that’s what we do to the rich and famous. Remember ‘Ring The Alarm’? That was you fighting to keep your man when you said you’d be damned to see another chick on his arm. You propped him up even as you made your displeasure known. But what have you done now? You have emasculated him. The big, bad rapper has been schooled by his wife.

How do you imagine this eventually plays out? I for one won’t be surprised if this marriage disintegrates. Sure, the other girl is not a superstar. She doesn’t have your body or talent or legion of fans. But she will eventually have your man. Because of how she makes him FEEL.

The beehive can’t keep you warm at night. For heaven’s sake girl, give Jay Z his balls back.