Gloria Muliro, is a Kenyan Gospel musician and songwriter and popularly known for her hit songs such as Sitolia.

Gloria Muliro first came into the limelight in 2005 when she recorded her first album ‘Omwami Aletsa’ (my God will surely come),which received massive airplay especially on local radio stations. Several of her single tracks have hit airwaves in Kenya and beyond East Africa, among them Sitolia, Follow you, Kando, Msaidizi, Matokeo, Kitanzi and the most recent NdiyoYako (your Yes).

Gloria Muliro has received great recognition and has won several awards and nominations in Kenya and Africa, as best female Artist. Gloria Muliro, regardless of being a household name,is not keen on publicity stunts. She remains humble, gentle and approachable. In fact, her zeal and enthusiasm for the Gospel is extraordinary, Always emptying her heart when she ministers, no matter the location, or size of the congregation.

Gloria Muliro life’s journey is that of fortitude. Being born and raised under abject poverty, and a life of struggle after death robbed her of her mother, on the early morning of 3rd Nov 1989,there was almost no hope for a better tomorrow, but

“Thanks to God for my sister Janet, who got saved after Mum’s burial, and introduced me to faith, without her knowledge. At the age of 9, I could kneel 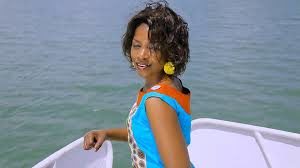 beside Janet, and repeat her prayers. I slowly learnt how to pray, and began telling God, that when I grow up, I want to be known” says Muliro. I struggled through School since I was frequently sent home for school fees.

The financial constrains in the family made it impossible to have her School fees cleared after high school, so Gloria Muliro was denied her clearance documents from School. Gloria  was faced with a task to hustle to clear the balance, thus landing her first job as a house girl, earning Kshs 1,300.

Speaking on KTN’s Sunday programme, Tukuza, Gloria  said that they had divorced and there was no turning back. 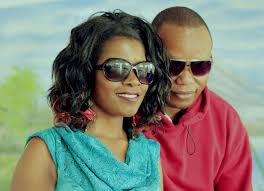 “I am moving on with my life and the past is just that. The past,” said Gloria when asked about rumours that she and her ex husband were getting back together.

Gloria Muliro married Pastor Eric Omba Miko in 2009 in a colourful wedding, but walked out of the marriage, citing infidelity.

Gloria Muliro said that she is now happy, having found peace which had eluded her before.

“One of the things I appreciate and will never take for granted is peace. One time, I remember asking to understand how peace feels like. I was lost, but God found me and I have collected myself.

The person you are looking at now is very different now,” said Gloria Muliro, adding that she had known her hubby was seeing a ‘side mistress’ as far back as January. Gloria Muliro friends reportedly had told her about her husband’s affair, but she chose to ignore them.

In an earlier interview, Gloria Muliro said that she did not want to deal with outsiders, but God decided to show her the truth. Gloria Muliro had revealed that Eric who was also her manager started being a control freak and dictated everything around her career and worse, began misappropriating funds earned from her music career.

During that interview, Gloria Muliro revealed that the first insight into his husbands love for money was during the night of their honeymoon. Eric reportedly waited for her to go to the bathroom  before going through the gifts they had received at the wedding, and took the money from the envelopes and stashed it in his pockets.

This, however, did not make Gloria Muliro leave as she believed in marriage and the African culture that it is a woman’s role to keep a marriage together and so, she says, she stayed put because she thought it would work.

Gloria Muliro said that cracks began emerging during the first month after Eric began accusing “me of all manner of things and never gave me time to talk. He even wrote down a set of rules that I had to follow. In that first month, he sent me over to a friend’s place saying to teach me how to cook and keep good hygiene only to discover that I was being turned into a house girl,” said Gloria.

She added that: “He went back to our house and expressed delight at how he was happy at home without me.

In the first year, he packed my clothes and asked to escort me away. He had gotten violent over time and he offered no space for communication and dialogue,” Gloria  claimed.

“Someone may ask why it took me five years. I was determined to make it work. I am not saying I tried my best, no. I did my all best in fact,” said Gloria

“People may criticise from afar but they have no idea what I was going through. Only the few people in my circle know and can tell,” Gloria Muliro said. “It has been a challenge and a learning process. Through it all, I have learnt a lot of lessons. It wasn’t easy,” she added.