The Ugandan singer lost her only child, Keron Raphael, who passed on at Aga Khan Hospital Nairobi in 2014.

Ugandan blogs have reported that Juliana is pregnant with another child, and Big Eye even hinted who’s responsible for Juliana’s pregnancy.

Big Eye says Ian and Juliana have been dating secretly and that the songbird was even planning to travel to Nairobi where she will deliver her child.

Ian was contacted to clarify the claim and he was totally amused though he didn’t deny or confirm he was a dad to be.

“Yes I am (referring to whether he heard about Big Eye’s claim). Had a good laugh. I really really really hope you’re not going to ask me to comment.” Ian responded.

Keron, 11, passed away on 20th July 2014 at the Aga Khan Hospital, Nairobi, where he had been admitted following a severe asthma attack while in school.

News of Juliana’s son’s death was broken by her record label prompting condolences messages from fans and friends on social media.

Earlier in the night, Juliana had informed her fans and friends of her son’s condition asking for prayers for her little angel; 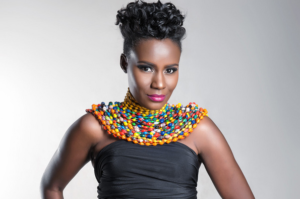 “My Family and I would like to inform my friends and Fans that my little Angel Keron has not been well after suffering a severe asthma attack while at school. He is currently admitted at Aga Khan Hospital Nairobi, and is getting the best medical attention. I am by his bedside 24hours.

Please join us in Praying for my Little Angel for his quick recovery.