Ken Wa Maria whose real names are Kennedy Wambua Ngunze who is popularly known with hit song Fundamentals has coined himself a name as the reigning king of Kamba music as a result of his well packaged unique style of entertainment.

According to him music is a long journey that needs one to take time in order to come up with quality product that is bound to last. Ken Wa Maria has cut a niche for himself, attracting thousands of fans across the country whenever he performs. He reveals that his success emanates from his disciplined nature and proper planning.

Ken Wa Maria rose from humble beginnings as a casual labourer in factories in Athi River town to a second hand clothes dealer in Gikomba Market, and has now scaled the heights to emerge as one of Kenya’s few millionaire artistes, with speculations that he could be Kenya’s richest musician. He has invested in numerous properties from his hard-earned work.

Ken Wa Maria is married to Angela and together they are blessed with two children. 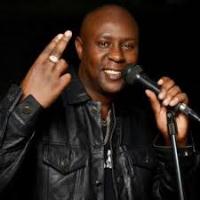