Kirigo Ngarua was a celebrated Kenyan news anchor who graced our screens every morning on the ‘Power breakfast show’ on Citizen TV.

Kirigo Ngarua grew up in Harambee, Jerusalem and South B areas of Nairobi. Kirigo is the first born in family of two children.

Kirigo Ngarua enrolled for a Journalism course at Tangaza College which is a constituent college of Catholic University of Eastern Africa and later did her Master’s degree at the University of Nairobi.

Kirigo Ngarua did not foresee herself being a celebrated anchor, but from an early age she knew she wanted to be in the media. Her dreams were in the fields of branding, advertising and public relations.

“Mike Okinyi thought I had what it takes to be a female sports anchor. I did the screen test, but our boss, Farida Karoney thought differently. She gave me the opportunity to do what I am doing now. Since then, everyday has been a highlight on TV.” explained Kirigo when asked on how she got to TV. 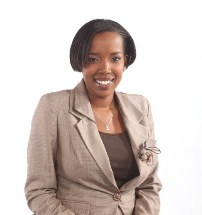 The company has been on a cost-cutting mission and Kirigo Ngarua is among the employees who have been affected by the layoff of staff. Kirigo Ngarua was reportedly sacked for low ratings. She hosted the morning show with Willis Raburu. She was also earning a huge salary making it difficult for the company to sustain her.

She has been said to be dating her longtime boyfriend, Resolution Health Insurance CEO, Peter Nduati.