Willy M Tuva is the parent to contemporary music in Kenya. His main goal is to nurture artistes’ talent and give a chance to upcoming musicians to become superstars. Mzazi Willy M Tuva is not only one of the most famous celebrities locally but also in East Africa where his show on Citizen TV has bridged the whole of East African countries in music and entertainment.

Willy M Tuva is married to a lady from Tanzania and together they have two children.

His passion for entertainment started when he was young where he practiced martial arts since he was in primary school. While in class seven, there was a teacher who saw his love for arts and proposed that they starts a journalism club. His drawings would be pinned on the notice board. Willy M Tuva was an actor and a cartoonist for Taifa Leo’s “Katumbilikimo”. 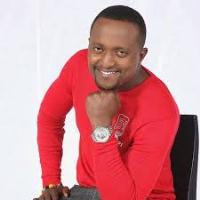 In his second year at KIMC, KBC held auditions for a radio presenter and he made it through all the interviews to the last round but unfortunately he could not be offered the job since he was only in second year.

Then later on he received a call from Citizen for an interview and after pitching his idea he was offered the job for Mambo Mseto show.

After Mambo Mseto became the number one radio show in Kenya, Willy M Tuva felt the need to put it on  television, and therefore he presented the idea to Afune, and Wachira Waruru who approved it and hence Mseto East Africa was born.