Koffi Olomide whose real name is Antoine Christophe Agbepa Mumba, is a Congolese musician, singer, and composer of the 1990s and 2000s and has been one of Africa’s most popular musicians. His popularity spans from Central Africa to East Africa, Southern Africa and West Africa where he has performed concerts all over Africa, Europe and North America.

Being a very bright student, Koffi Olomide got a scolarship to study for a Bachelor’s degree in business economics in Bordeaux, France and later studied for a master’s degree in mathematics from the University of Paris.

Koffi Olomide joined Papa Wemba’s band, Viva la Musica, initially as a composer and songwriter, and later as a lead vocalist. He later formed his band in 1986, known as Quartier Latin International.

Olomide’s album Haut de Gamme: Koweït, Rive Gauche is listed in 1001 Albums You Must Hear Before You Die. In March 2003 Olomide released “Affaire D’Etat”, a double CD album featuring 18 tracks. His hit single “Selfie” is reported to have been banned in his country, Congo due to the use of the word “Ekodite” 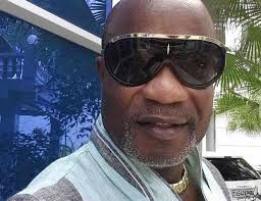 Back in 2012 he was convicted of assaulting his producer where received a three-month suspended sentence. Earlier on, he had been accused of kicking a cameraman at a concert in Kinshasa but the matter was resolved out of court.

Another controversy was when he visited Kenya for a concert On 22 July 2016 and was arrested by Kenya Police after a video emerged of him kicking one of his female dancers, Pamela Eyenga Bengongo at Jomo Kenyatta International Airport, soon after arrival in the country. This resulted to cancellation of his planned concert at The Bomas of Kenya. He was deported back to his country, after spending the night in police custody.

On Tuesday 26 July 2016, he was arrested at his home in Kinshasa, and after a speedy trial, he was convicted and sentenced to one and half years in prison . However after the intervention of the Congolese head of state, the sentence was commuted to three months, without the option of a fine.

Koffi Olomide was missing in papa Wemba’s funeral which left many questioning his act. He however claimed that he was busy staging various shows outside DRC.

There were rumors that Papa Wemba could have been poisoned with a microphone which even left papa Wemba’s fans more angered.

While admitting that DRC has encountered a great loss following the death of Papa Wemba – Koffi explained that his conscious was clear and that he had never had any ill motives towards his mentor and father papa Wemba.

On the perceived differences between him and Papa Wemba Koffi admitted that they had not been in good terms owing to his departure from Viva La Musica to form his own Quartier Latin in 1986.

“Although our relationship was not as close as we used to be when I first joined his Viva La Musica band I still viewed him as a mentor and a ‘father’ musically speaking,” claimed Koffi 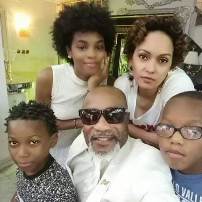