Waweru Mburu, was the Head of Radio Citizen at Royal Media Services and also the one behind the Yaliyotendeka show on Citizen Radio.  The 15-minute show ran on weekdays at 8pm, with repeats the following morning at 6.45am.

Mburu, passed on at MP Shah Hospital while undergoing treatment. He had been battling gastric cancer and had been flown to India for treatment but returned and was admitted at MP Shah Hospital. Until his death, Mburu had served Royal Media Services for many years and was among the pioneers in radio commentary. 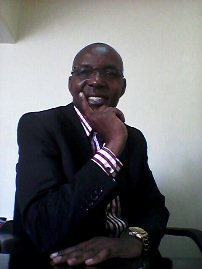 Waweru Mburu, was laid to rest at his Punda Milia farm in Muranga County. He was eulogized as a no-nonsense presenter who helped Royal Media Service owner, SK Macharia, build one of the biggest media houses in Kenya.

SK Macharia acknowledged how crucial Waweru Mburu was to the company and its success as well as the relationship the two had developed since early 1990s.

“Waweru Mburu is bigger than what we can say or what we hear.”

“Unless you know how Royal Media Services was created, you cannot appreciate how Mburu came about” said SK Macharia.