Why LINDA OGUTU can’t dump DENNIS despite him being a womanizer, See his guzzlers (PHOTOs)

Curvaceous KTN anchor, Linda Ogutu, has been dating controversial city businessman, Dennis Mombo, who was arrested some time back over car theft allegations but was released after he proved that he has a shylock business.

Although Dennis is a notorious womanizer who drills anything in a skirt, especially, college ladies, Linda Ogutu won’t dump him anytime soon thanks to his immense wealth.

The filthy rich businessman drives top of the range vehicles that are associated with the high and mighty.

During Linda Ogutu’s birthday, he surprised her with a Chrysler (see it below) that often leaves heads turning at KTN’s offices in Mombasa Road.

See some of Linda’s boyfriend’s guzzlers which he uses to woo college girls. 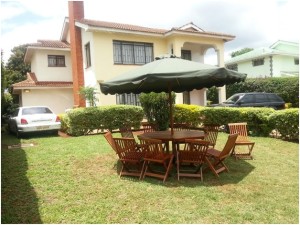 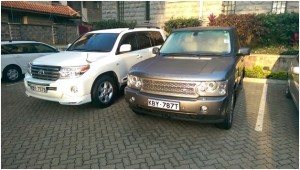 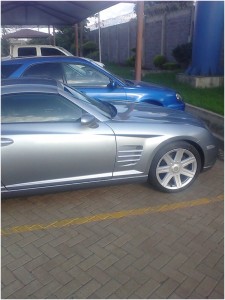 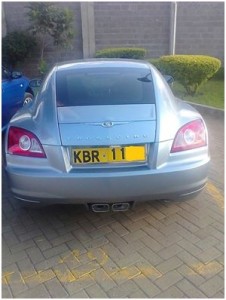