Maina Kageni hosts Classic 105’s breakfast show alongside Mwalimu King’ang’i.Maina Kageni, together with his co-host, Mwalimu Kingangi are the most tuned in radio hosts in the country.

He has been known to drive luxury cars such as Hummers and the BMW X6. This is as a result of diversifying his revenue streams. Below is how he makes his money:

His popular radio show is literally what holds Classic 105 up as a radio station. It blows the rest of the competition out of the water when it comes to morning shows. Because of this incredible leverage, Maina Kageni has negotiated for himself a salary of over one million shillings a month from radio.

Like most rich men in Kenya, Maina Kageni bought a house in Miami, USA, during the real-estate crash late last decade. This made him get prime property for extremely cheap prices. He now rents out his Miami house, and sometimes uses it to take him and his friends on holiday. 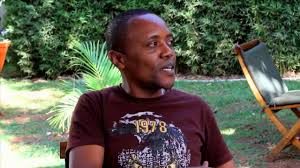 Mainas Facebook page is one of the largest in Kenya, and his Twitter profile is growing as well. He uses the pages not only to talk to his fans, but to also promote brands for a fee. His page is in such high demand from advertisers that he has contracted a talent management agency named Trinc Media to negotiate deals on his behalf. It is said that he makes over one million bob on a good month just through his page.

Maina Kageni emcees at only select events, where he gets paid up to 400,000 per event. He targets the upper classmen sort of events, who are ready to pay such amounts to have the most famous people at their event.

Maina Kageni has started a column with Sport On! magazine, which led to people asking whether he was going to quit his day job at Classic. Turns out that wasnt the case. It is just a side hustle, which he is paid handsomely for.

After completing his high school education at Laiser Hill, a former car dealer and KTN news anchor, Maina Kageni flew to the UK for his college education.

Maina Kageni however did not register in college and started working as a truck driver and fish distributor for some Chinese firm.

When his mother went for his graduation, she was shocked to find out that her son’s name was not on the list of graduands. She left a disappointed woman and warned him not to come back to Nairobi.

Lucky for Maina Kageni, life turned out just fine as he now leads a lavish lifestyle. He drives sleek cars and wines and dines with the who-is-who. In addition, the Classic FM Breakfast Show host holidays in luxurious cities worldwide.

Word on the street is that Maina Kageni takes home about KSh 1.8 million every month.

Maina Kageni is a man of secrets when it comes to family matters but he managed to reveal, for the first time, images of a beautiful lady and two kids believed to be his lovely family.

He, took to his social media pages and answered a question everyone has been asking, whether he is married! 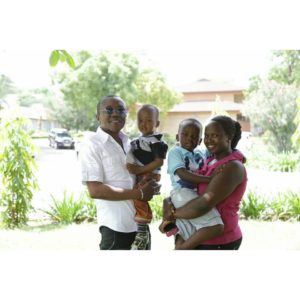 The most adored presenter in the country  left most women, who thought could have a share of his wealth, heartbroken, if the photo he posted is indeed the answer to a nagging question from his fans

Maina Kageni has celebrated his 42nd birthday in the month of July 2016 and capped it off with a trip to Dar es Salaam, Tanzania.

Maina Kageni  moved into his new look mansion after staying in a furnished apartment for three months. The old Karen house cost the popular presenter several millions in renovation costs.