Daniel Githinji Mwangi, popularly known as Mbusii is one of the most popular radio personalities in the country . His sheng’ speaking prowess has given him a niche in the reggae Radio shows in the country.

Mbusii was born in Korogocho and attended Eastleigh Airport Primary and Maina Wanjigi High School. He started off selling soup in the Korogocho area and later started going to the Kenya National Theatre where he landed roles in high school set-book plays, especially children roles. Then television roles started calling when the programme Crazy Kenyans aired on TV.

He acted alongside Cheiph and Mshamba. He felt disappointed because Sometimes he would give ideas and then he would be told they are not good enough but a few days later, he would find his ideas had been replicated by someone else. In December 2005, he quit and went back to Kenya National Theatre.

Mbusii later got a job in Ghetto Radio where he commanded a large fan base where he ran one of the biggest reggae shows in the Country. He then moved from Ghetto radio to Radio Jambo a move he said he took as he was looking for growth and Radio Jambo was offering that through a wider listenership. 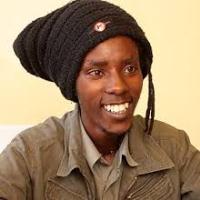 Mbusii is a clear epitome of hardwork, persistence and pure talent and earns a salary of around Ksh.600,000 at Radio Jambo.

He is a family man and has two girls Sandra and stacy.