Eric Wainaina is a Kenyan singer and songwriter. His music is a blend of Kenyan Benga rhythm and East African guitars, with some modern harmony. His songs, Daima and Nchi Ya Kitu Kidogo which are powerful indictments of corruption and divisive politics, became anthems sung across the country.

Eric Wainaina was born to George Gitau Wainaina and Margaret Wangari Wainaina. He has one brother, Simon Wainaina and was born in Nairobi, Kenya.

His love for music started at a very tender age where he actively participated in the choir throughout elementary and high school at St. Mary’s School, Nairobi. Eric Wainaina first stepped into the world of music with ‘Five Alive’, a gospel acappella group. This consisted of Victor Seii, Bob Kioko, Chris Kamau, and David Mageria, who was replaced by Joe Kiragu.

When the group disbanded in 1997, Eric went on to join the Berklee College of Music in Boston—USA, from which he graduated with a degree in Music, majoring in Song writing and Record Engineering. 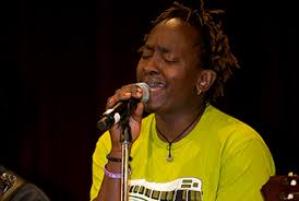 Eric Wainaina married his fiancée Sheba Hirst, on 29th February 2008 and together they have two daughters, Seben and Neo.