Moses Kuria is married and has two sons.

Kuria joined politics in 2007 when he joined the Party of National Unity (PNU) as Director of Programs and Spokesperson.In 2013 he became The National Alliance (TNA) officer in charge of strategy, a position he held until he was elected Gatundu South MP during a by-election in 2014. 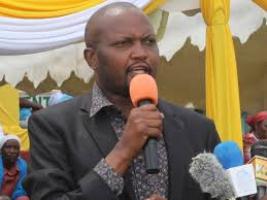