Muigai wa Njoroge is among the most successful and popular Kenyan musicians.The song that put him on the lime light was ‘Kigutha’ which had an anti AIDs message. He has been in the music industry since 1999 and has 13 Albums to his name.

He was Born in Lari Division, Kiambu District. He is a husband and a Father of two children, a Girl and a Boy.

Kigutha is said to be a former Mungiki senior.

Rumours had it that he had a fling with his wife’s sister and his wife is said to have ran away for some time until Pastor J.J. Gitahi reconciled them. That is why Muigai wa Njoroge has a song on love and forgiveness in one of his latest album.

He has built a mansion around Kasarani near Nairobi. 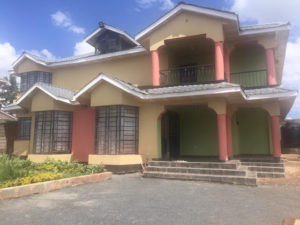