Jose Chameleone, whose real names are Joseph Mayanja is an Afro Beat artiste and one of the most popular Ugandan musicians. He sings in Luganda, Swahili and English.

His career began in 1996 as a DJ at the Missouri night club in Kampala and was later signed to the Kenyan record label Ogopa DJs. Jose Chameleone breakthrough in music came with one of his first singles, “Bageya”, which featured Kenyan artist Redsan.

In March 2014, he became the first East African artiste to hold the largest concert in Uganda, where he had more than 40,000 people in attendance at Lugogo Cricket Oval for his “Tubonge Live” concert. This saw him break the record for the largest audience of any East African performer.

Jose Chameleone is also a member of the Musician’s Community which is a coalition of musicians who use their fame and fortune to help eradicate poverty and create awareness campaigns for HIV/AIDS. 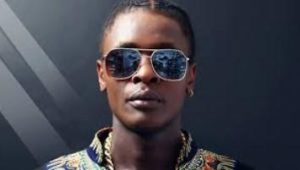 Jose Chameleone is married to Daniella Atim who is one of Uganda’s popular socialites and together they have four children. Abba Marcus Mayanja, Alfa Joseph Mayanja, Alba Shyne Mayanja and Amma Mayanja. His first born son Abba, who is 14yrs is already a recording musician.