Oburu Oginga said he will be focussing on campaigns for his younger brother NASA presidential candidate Raila Odinga and has therefore withdrawn his application to the East African Legislative Assembly.

Oburu Oginga, said he declined the nomination after consultations and that he would hence forth focus on campaigning for his younger brother NASA presidential candidate Raila Odinga.

“After consultations with my family and my own conscience, I have decided to drop my application for EALA seat,” said Oburu at a press briefing in Mombasa.

He said he had already informed the party of the decision and asked them not to include his name when the list of nominees will be submitted to Parliament. “I want to concentrate on campaigns for my brother Raila Odinga and I will be co-ordinating the activities in my area and the western region, therefore I will not have time for other tasks,” said Oburu.

Oburu Oginga also said he will be organizing himself as he prepares to retire from active politics. 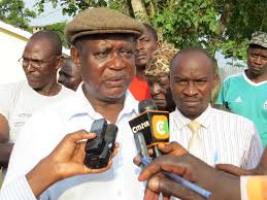