Peterson Githinji popularly known as ‘Pitson’ is a kenyan musician well known for his hit song ‘Lingala Ya Yesu’.  The song “Lingala ya Yesu”, which is one of his biggest gospel songs has been remixed by comedian Eric Omondi as well as Allan Aaron as “Kigoco ya Yesu”.

Pitson worked for StanChart bank in the sales and marketing department for three years before he decided to quit as it was difficult for him to concentrate on his job while pursuing music at the same time because both were so demanding.

From a tender age Pitson knew he had a gift in music and started singing while he was in Sunday school. While in high school he would sing during the church service and in other events. His singing prowess was however perfected while in campus at Jomo Kenyatta University where he studied Bachelor of Commerce. He owns a sound company, called Pitsounds.

He was born and raised in Eastleigh in a family of four siblings, two boys and two girls and is the third born. Life was really hard for them as a family as his parents were jobless. His father was a street preacher and his mother was a housewife.

Pitson went to Eastleigh High School and then joined Inorero University to study Law. He then went to Jomo Kenyatta University of Agriculture and Technology for a degree in Bachelor of Commerce.

He received ‘Song of the Year’ award at the 2014 Groove Awards for the remarkable masterpiece ‘Lingala Ya Yesu’.

Pitson married his longtime girlfriend Carol Mwai, in December 2013 and together they have a baby boy. 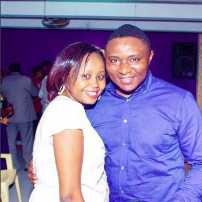