RUTO’s wife, RACHAEL RUTO, barred from travelling to the US as she gets a VISA ban.

Deputy President William Ruto’s wife, Rachael Ruto, has reportedly been denied a US visa for allegedly stealing donor funds from a women’s organisation based in US.

According to reliable sources, Rachael, who was supposed to travel with First Lady Margaret Kenyatta to the United States last week was denied entry to the US following allegations that her table banking initiative squandered donor funds.

“It is alleged she didn’t properly account for funds she received from a women’s group from the US … this may have contributed to her being denied the VISA, if it is true she actually was denied one,”  the source said.

In November last year, US Ambassador to Kenya, Robert Godec, said Kenyan officials who are named in corruption scandals will find it difficult travelling to the United States.

Godec said that the US Government will consider denying senior Government officials visas to travel to the US because of corruption in Government which has hit a crisis level.

Deputy President William Ruto and his family are among those who are reportedly banned from visiting the US and his wife was the first to suffer these consequences. 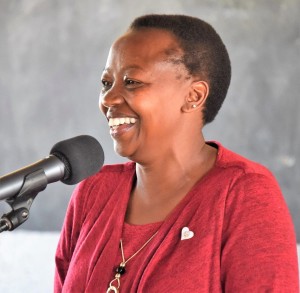 Ruto has been mentioned in all corruption scandals and this may be another reason why his wife was denied a US Visa.