MURKOMEN suddenly swimming in cash! Is it the money he looted with WAIGURU?

There are whispers in Elgeyo Marakwet that the URP Senator has become the new Mr. Moneybag and is now the talk of town in Rift Valley.

Speaking during a meeting in Elgeyo Marakwet, former powerful Minister in the KANU Government, Nicholas Biwott, claimed that Kipchumba Murkomen had become so wealthy that he flies in a helicopter on a daily basis and throws money around without thinking.

Biwott begged Kipchumba Murkomen to share the loot with him and stop being generous to others and leave him out.

“I see your Senator (Kipchumba Murkomen) using a helicopter almost on a daily basis and I think he has become an overnight billionaire. He also pours money around without minding his accounts, but I just ask him not to forget us. We also need a share of his pie,” said Biwott. 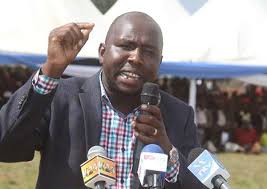 Kipchumba Murkomen has been listed as among those politicians who have acquired choppers with a Senator’s salary in Kenya. He is also among the suspects in the theft of sh791 million from NYS. 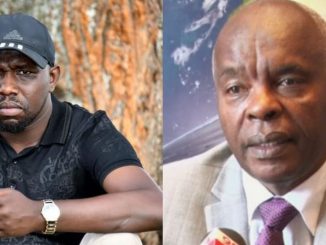 Kivutha Kibwana and Kipchumba Murkomen Claim State using Drones to Spy on Them.