Raila Odinga serves the Republic of Kenya as the Leader of the Official Opposition to ensure the full and proper implementation of the Constitution of Kenya 2010, the promotion of democratic ideals and the protection of equity and justice in the society.

Raila went to Kisumu Union Primary School, Maranda Primary and Maranda High School where he stayed until 1962. He spent the next two years at the Herder Institute, a part of the philological faculty at the University of Leipzig in East Germany. He received a scholarship that in 1965 sent him to the Technical School, Magdeburg (now a part of Otto-von-Guericke University Magdeburg) in the GDR. In 1970, he graduated with an Msc (Masters of Science) in Mechanical Engineering.

He returned to Kenya in 1970 and in 1971 he established the Standard Processing Equipment Construction and Erection Limited which was later renamed as East African Spectre, a company specialized in the manufacturing of liquid petroleum gas cylinders. In 1974, he was appointed group standards manager of the Kenya Bureau of Standards and in 1978 he was promoted to its Deputy Director, a post he held until his 1982 detention.

Raila Odinga married Ida Oyoo (Ida Odinga) on September 1st 1973 and together they have four children, the late Fidel Castro who died in 2015, Rosemary Akeyo, Raila junior and Winnie Irmgard.

Until his untimely demise, Fidel was a businessman and a solid pillar in his father’s political endeavors. He is survived by his widow, Lwam Bekele and their son, Allay Raila Odinga.

Rosemary is a passionate educationist serving as the Director of the Raila Odinga Center. This institution is dedicated to improving education standards across the country with its main program operating out of Kibera slums in Nairobi. She has interests in snail farming and is a mother to two beautiful girls, Saphie and Senayi.

Raila Odinga Jr, his father’s namesake, is a businessman with varied interests from energy to entertainment. He is married to Yvonne Kibukosya.

Winnie serves as the Director of Green Outreach Foundation Africa, an initiative centered around renewable energy to meet the emerging demands of the modern day world and she is also a professional photographer.

In 1982, Raila Odinga was placed under house arrest for 7 months by the then President of Kenya, Daniel Moi. Raila was later charged with treason following his political agitation for wider democratic space and detained without trial for six years. His mother died in 1984, but it took the prison wardens two months to inform him of her passing, an experience he openly confesses as one of the most traumatizing in his hitherto eventful life.

Released on 6 February 1988, he was rearrested in September 1988 for his involvement with human rights and pro-democracy activists pressing for multi-party democracy in Kenya, which was then a one-party state.

Raila Odinga was released on 12 June 1989, only to be incarcerated again on 5 July 1990, together with Kenneth Matiba, and former Nairobi Mayor Charles Rubia. Raila was released on 21 June 1991, and in October, he fled the country for Norway with a hint that the Kenyan government would attempt to assassinate him. 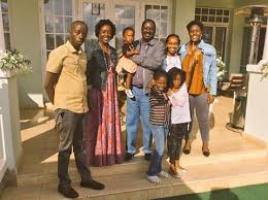 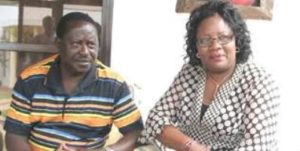 Is RAILA ODINGA a ‘Devil Worshiper’? Pastor DEYA drops a bombshell from Britain