Is RAILA ODINGA a ‘Devil Worshiper’? Pastor DEYA drops a bombshell from Britain

Raila Odinga. Controversial Kenyan Evangelist, Gilbert Juma Deya, on Tuesday denied reports from a British tabloid that he has been selling ‘anointed’ olive oil to cure cancer and HIV.

Speaking on Phone from the UK , Deya said that all these were lies and accused the British media of bias and called their reporters ‘agents of the devil’ who deliberately failed to report when he was acquitted of rape charges in 2014.
The pastor went to exile after the Kenyan Government accused him of trafficking babies. The ‘miracle baby’ preacher was stealing young kids from Kenya and selling them to barren mothers in UK.

Mr. Deya, a man of controversies, is also accused of raping his followers in his church in London, though he was acquitted after the prosecution failed to produce enough evidence to nail him.

Deya’s church, Salvation of Jesus Christ, is regarded as a ‘satanic cult” in the UK since it is associated with witchcraft, rape and other secret religious rites.

In one of his interviews, Deya claimed that one of his most loyal followers is CORD leader, Raila Odinga.

Deya said that in the run up to the 2002 elections, Raila Odinga visited him in London and requested him for prayers. 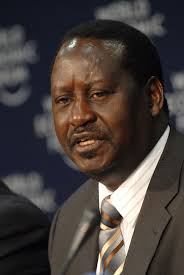 He also said that in 2007, just before the elections, Raila Odinga went to his church in London.

“I want to stress here that Raila Odinga came for prayers and consultations with me,” Deya said adding that even today, Raila is still an active member of his church.