Rose Muhando is a former devout Muslim and a mother of three. She has vowed never to get married in her life because she has committed her life to God.”

She started her music career as a choir teacher in Dodoma’s Saint Mary’s Choir for the Chimuli Anglican Church.

On January 31, 2005, Rose Muhando was awarded the best composer, best singer, and for the best album of the year during the Tanzania Gospel Music Award Concert, 2004.

In December 2005 she participated in a Gospel concert to help raise funds for a Dar es Salaam children orphanage.

On Feb 2011 Rose Muhando signed multi album recording deal with Sony Music. The signing was announced at a press conference in Dar es Salaam, Tanzania, on February 9 and is the first deal of its kind for East Africa. 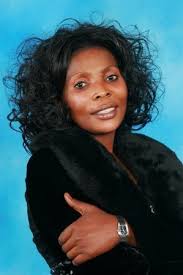 Tanzanian Gospel  star Rose Muhando was bitten by a snake according to Tanzanian media. The star who has been suffering from another condition which causes swellings on her legs and arms was rushed to Area C hospital, Dodoma where she received first aid before being admitted.

she was bitten at night as she entered the gates at her home. The snake that bit her was so huge which left her severely wounded.”

Rose Muhando has been facing the most difficult stage of her career despite entering gospel industry by storm.

Late last year, Rose Muhando was on the headlines after word went round that she had procured an abortion and she was trailed by Tanzanian police to face charges related to the offense.

She accepted she was indeed pregnant and procured abortion but not because of reason media was reporting. The pregnancy was 7 months and her close show performer is alleged to be responsible for the pregnancy.

If she had carried her pregnancy to fully cycle, she would have given birth to her a fourth child.

Rose Muhando against all odds threatened to ditch Christianity for Muslim because she was tired of being christian. She reveals that despite success in industry, she was tired of controversy surrounding what she is doing and problems have been following her since.

Rose Muhando is said to have gone vera sidika way by bleaching her skin according to reports. what was she trying anyway? it is not what the fans expect to hear

Rose Muhando: How she converted to christianity.

“People think that I have a good, smooth life; totally wrong. My life has been plagued by misfortunes from youth. Soon, this routine changed. A mysterious disease that left me bedridden for three years attacked me. My skin was peeling, and I had a gushing wound in my head that oozed smelly pus.

My parents  took me to witchdoctors, but no luck there. Finally, they took me home and I lay on a bed awaiting my death.” But one night, remembers Muhando, as her parents sat outside their grass-thatched house, probably reflecting on their fate, a bright light engulfed their house.

I saw a bright light. Then a hand clad in white, with a scar in the palm descended from the light and touched my wound.
Then a soft voice, exuding authority said, “I am Jesus. I have healed you. Wake up and go serve me.”

The light disappeared. Muhando says she ran to her parents shouting, “I am healed, I am healed. They were astounded. For three years, I had not lifted myself from the bed.
I did not know who Jesus was. But while in class seven, the same voice would speak to me regularly, urging me to serve him.  I became a loner as I feared my school mates would hear the voice speaking to me.
On Easter Friday, I was baptised at 3pm, the same time Jesus, after he was crucified, had said imekwisha (It is finished). That marked my new beginning.

Has ROSE MUHANDO been be-witched? She is going through this!