He later joined TBN Family media in June 2003 as a radio presenter where he got promoted to the post
of Team Manager Radio (Head of Radio) a position he held till his exit from Family FM.

Michael Njenga of Citizen Tv is now one of the most bankable media personalities in the country and his story should serve as an inspiration.

He joined Citizen TV a few years ago where he started off with his own news bulletin of (live at 4).he later moved to the 9 o’clock bulletin alongside the Legendary Catherine Kasavuli and now hosts the Business center in the company of Terryanne Chebet. 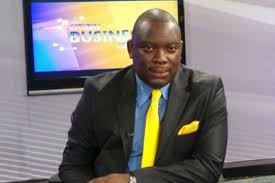 d at the PCEA Evergreen Church in Runda, Nairobi.

The two lovebirds narrated how they met at a dinner which had been organized by one of their friends. They dated for slightly over one year before Michael proposed.
Speaking during the colorful wedding ceremony, Michael Njenga of Citizen Tv said that it was wrong for women to continue believing  that all men are the same adding that there exists a section of men who are caring, loving and ideal husbands. 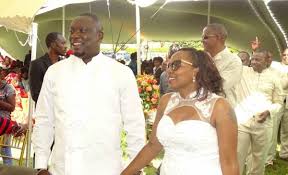 Michael Njenga of Citizen Tv also went ahead to encourage the single ladies that despite being hurt many times by one man, one day they may be lucky to get one caring man.

”To all the women out here; I want to categorically say, not all men are dogs – for a long time this stereotype has dominated social platforms and discussions; most times said by women who have been hurt in the past – it does not mean if one man hurt you, all men will by default hurt you; there are good men out there. So, if you are single, take the risk and love again; date again, but
above all ask God to protect, bless and guide your relationship,” said Michael Njenga of Citizen Tv