A few years back, Safaricom CEO, Bob Collymore, found himself in trouble after a man called Joseph Kinyua, accused him of being involved in an illicit affair with his young wife, Wambui Wamae Kamiru.

Joseph claimed that he married Wambui Wamae Kamiru in 2007 but he suspected that she was sleeping around with Safaricom CEO, Bob Collymore, because he spoilt her with luxuries and even bought her a Toyota Lexus as a gift.

Wambui Wamae Kamiru abandoned her husband and their twins for the wealthy Safaricom CEO and then filed for divorce accusing her husband of domestic violence.

But in a fascinating twist of events, her husband also filed another case accusing her of infidelity.

Bob Collymore was named as a respondent in the divorce case but he claimed through his lawyer that he met Wambui Wamae Kamiru when she was divorced.

It’s not clear how the case ended because mainstream media gave it a black-out to avoid losing advertising deals from Safaricom but we can confirm that Wambui  and her ex-husband, who now lives with their twins, no longer see each other eye to eye.

Below are photos of Wambui, the lady alleged to have been involved in an illicit affair with Bob Collymore. 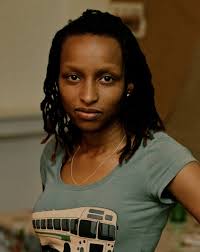 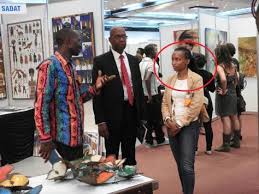