MUTAHI NGUNYI says RUTO is the fifth President of Kenya whether we like it or not!! Here is why

Renowned political analyst, Mutahi Ngunyi, has spoken about Deputy President William Ruto presidential bid in 2022 and said he is confident that the progeny of Samoei will be the fifth President of Kenya.

Sharing his view via social media on Sunday, Mutahi said for the last three years, William Ruto has demonstrated that he is a courageous leader who is able to put opposition leaders in their place especially CORD leader, Raila Odinga, and Moses Wetangula.
Mutahi said that the Gikuyu Embu Meru Association (GEMA) leaders have already resolved to support William Ruto presidential bid in 2022 and anybody saying otherwise is being economic with the truth.

He also said that the GEMA nation has no option but to support  Ruto who has proved to be a no nonsense man when it comes to mobilising voters. 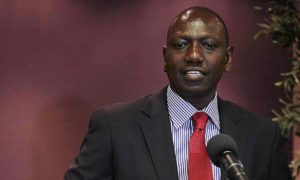 Mutahi concluded by saying that he will even campaign for William Ruto presidential bid in 2022 saying he has what it takes to be the President of the Republic of Kenya (PORK).

“Ruto will NOT BECOME President. He will be MADE President. The GEMA NATION has ZERO OPTION. And I will be in the FRONTLINE Campaign for this,” Mutahi said 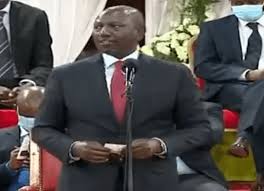 Why Deputy President William Ruto has Cancelled Public Rallies Scheduled for the Weekend.