See the money CHURCHILL pays comedians as he pockets millions.

Churchill show. Legendary comedian Daniel Ndambuki, who is popularly known as Churchill, has been put on the spot for misusing upcoming comedians who appear on the weekly Churchill Show to enrich himself.
According to snoops, there’s a mass exodus of comedians from the show because they are paid peanuts and treated like dogs when cameras go off.

Popular comedian, YY, has already left the show complaining of  poor  pay. Churchill pays the comedians Ksh 1,000 during the recording and banks the rest of money.

NTV pays him over Ksh 1.5 million per week for the comic show but he pays the upcoming comedians peanuts and pockets the rest of the money.

Majority of those up-coming comedians you see in Churchill Show are struggling with life in low-end estates due to poor pay.

They have not signed any contract with Churchill and that’s why he treats them like dogs.

Some are even kicked out of their houses after failing to pay rent.

Churchill neglected him when he became sick and he is now living in abject poverty in one of the city’s slums. 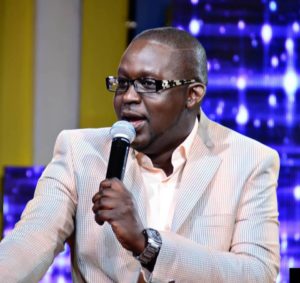