Sad news for OKARI as BETTY KYALLO’s neighbours in Kilimani confirm the worst.

According to Betty Kyallo’s neighbours at Rose Avenue Apartments in Kilimani, Joho is always seen sneaking in and out of Betty’s house in  a Toyota VX  Registration Number KCA 2** with two chase cars accompanying him.

There’s word going round that the s3xy KTN anchor is madly in love with Joho and is planning to get married to him as a second wife.

He is the one who  bought for her the lavish apartment that she currently lives in with her daughter, Ivanna.

Betty has already removed the diamond encrusted wedding ring Okari gave her and dropped his name to prove that she is done with the marriage.

Okari currently lives alone  in a middle-income estate along Mombasa Road as Betty enjoys life in the leafy surburbs with Joho. 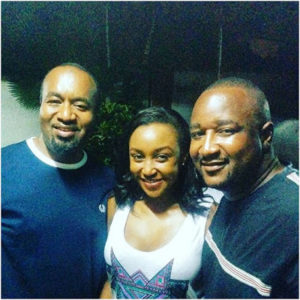