The Youth Enterprise Development Fund (YEDF) board member, Clement Ayungo, has denied allegations that he killed his driver, Simon Mwangi Gathika, after he allegedly overheard their plans to loot sh180 million from the Youth  Fund.

According to Namuye, Gathika had driven Clement Ayungo to Mombasa for official duties but never made it back. She believes,Clement Ayungo killed him and dumped his body in a swimming pool after he overheard their nefarious plot to loot the sh 180 million from the Youth Fund.

However,  Ayungo denied these allegations, saying Gathika’s death had nothing to do with the Youth Fund theft.

Besides, he said Gathika was based in Mombasa and not Nairobi as Namuye claims.

“How would a driver be involved in the sh180 million matter? What they are not telling you is that this is a driver who was based in Mombasa, not Nairobi. If we came with him from Nairobi that would be a different matter. And why was he not driving Namuye or Bruce Odhiambo since the sh180 million matter involves them more intimately than any other person,” said Clement Ayungo. 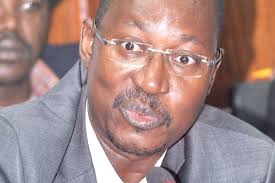 Nonetheless, Clement  Ayungo admitted the late driver was at his party the night he was found dead in a swimming pool but denies ever inviting him there.