Ian Mbugua is a teacher, singer, actor, director and entertainer known for House of Lungula (2013) and Tusker Project Fame (2006). Judge Ian Mbugua happens to fall in the category of the successful men in Kenya. Ian Mbugua no-nonsense character has also contributed to his success in the entertainment scene.

Ian Mbugua was born in Kiambu as the third born in a family of three boys and a girl. His mother was a nurse while his father was a teacher. In the late 1960s and early 1970s, Ian Mbugua spent a few years of his childhood abroad when his father, then an education officer, was posted as the education attache to London, England, then Bonn, Germany. Ian Mbugua attended, in total, five primary schools, the last one being Park Road Primary School in Nairobi. While there, he took part in verse speaking and debate. After completing his Certificate of Primary Education, Ian Mbugua went to Lenana School where he enjoyed drama, cricket, hockey and swimming. Ian Mbugua then joined Thogoto College where he trained as a teacher. “I continued with music and drama and became a patron in several schools.

I also found time to act and sing by joining Phoenix Players. I also joined — and I’m still a member of — the choir at PCEA St Andrews Church in Nairobi,” Ian Mbugua  says.

Ian Mbugua love for music and theatre grew further when fellow choriste James Falkland, who was then the musical director with Phoenix, invited him to join the cast of a musical. H 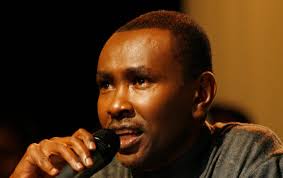 e found it to be fun and wanted to do more. “I found myself playing lead roles in more productions to a point where Falkland asked me to do it on a full time basis. I agreed. People thought I was mad leaving a stable job with a steady income to become a full-time actor,” says Ian Mbugua.

Eventually, he did take over the running of Phoenix Players as managing director after the death of Falkland. He has in the past participated in the Kenya Musical Festivals as a soloist, in duets, trios and quartets and becoming Number One numerous times. He has also performed as a singer and actor in South Africa, Ethiopia, Malawi, UK, US, Uganda and Rwanda. Ian Mbugua is currently teaching drama and music at Brookhouse International Schools as well as managing the school’s state-of-the-art auditorium — Burudani.

Ian Mbugua is married to Naomi Mbugua, the deputy headteacher of Riara Road Primary School. They have three children. Jeremy, Wambui, and Mbogua. 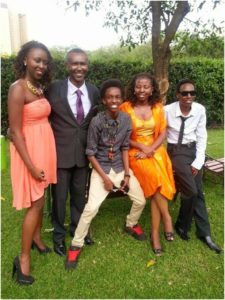 According to Ugandan blogosphere, former TPF judge, Juliana Kanyomozi was impregnated, by Tusker Project Fame judge Ian Mbugua, a claim that Ian Mbugua refused to comment on. The site claimed that Ian and Juliana have been dating secretly. 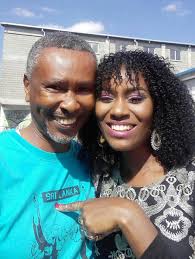 More about Ian Mbugua as unveiled in an interview with the DailyPost.

Q: Who is Ian Mbugua?

A: Ian Mbugua is a husband, father, teacher, singer, actor, director and entertainer. Ian is an ordinary guy who gets far too much attention.
Currently, Ian Mbugua is a manager of the Burundian Theatre, Brookhouse International Schools and a teacher of drama and music. Previously, I was a Managing Director of Phoenix Players, Kenya’s only repertory theatre.

A: I had training in education, counseling, psychology and theology.

Q: When did you join the music industry, and how did you become a music expert?

A: I have sung and acted since my youth. I am not an expert in music. I am an expert in knowing what I like and what I dislike.

Q: Ian, you are a man who divides opinions; you are liked and hated in equal measure. How do you manage to build this character?

A: Really? Didn’t know I did! I simply give my opinion which I, like everyone else, I am entitled to.

Q: You are known not to show mercy to weak contestants, why do you come forth as a tough person?

A: I have strong opinions which I bring out strongly. The music industry is tough. People need to be shown how tough it is so they can be better prepared.

Q: Do you come across as a tough person in your day-to-day life?

A: I don’t consider myself tough but I can be strict.

Q: Tell us a bit about your experience in Tusker Project Fame?

A: It has had its joys and frustrations, all of which I have endured.

Q: How have been the auditions in Rwanda compared to other countries?

A: Rwandan artistes need to come awake more, they are too shy and the songs they listen too are too limited.

Q: How many participants did you get and how many are you targeting to remain in the competitions?

A: Actually, we received 80 participants, among them, 10 Rwandans were selected and 1 from Burundi for the final auditions. We are going to hear the voices got from the auditions and remain with five.

Q: What were the challenges faced during the Rwanda auditions?

A: People with very good voices were choosing wrong songs, others have good voices but they are shy which leads to their failure on stage. This as a big challenge, something like that is a gamble. I wonder whether they can improve.

Q: How were the auditions in general?

A: You need to come up more. I find Rwandans are very shy, they don’t sing out, the kind of songs they listen too are very limited and there is communication problem when you talk to them and they do not understand. They instead become shy.

Q: What do you do in your free time?

A: I listen to music and sing. I also spend time with my family, go to concerts and theatre.