Juliana Kanyomozi, is a Ugandan pop musician, actress, and entertainer.

Kanyomozi was the first female musician to win the Pearl of Africa Music Awards (PAM Awards) ‘Artist of the Year’ accolade. In 2008, she made her film debut in Henry Ssali’s Kiwani.

In March 2014, she signed with international cosmetics company Oriflame to be one of their East African brand ambassadors together with Lady JayDee of Tanzania and Jamila Mbugu 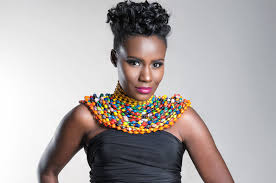 In December 2015, She won a lifetime achievement award in Diva awards Afrika In June 2015, She was appointed by UN WOMEN as the ambassador in uganda In 2011, She was nominated in Nigeria Entertainment Awards in the category of the best Pan AFRICAN Artist.

Juliana  had a son, Keron Raphael Kabugo, who died in late July 2014. Her son was asthmatic, but the cause of death was not published. 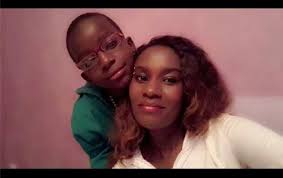 Roger Mugisha first met Juliana, in 1997 and later linked her to Amon Lukwago, who was just returning from kyeyo in the UK.

The relationship suffered a number of blows after the birth of Keron before crushing a few years later, leaving Juliana in full custody of the child.

However, at his father’s house in Kawuku during Juliani’s son burial, Amon shocked mourners when he grabbed the microphone, went down on his knees and  apologized to Juliana for his wrongdoing. 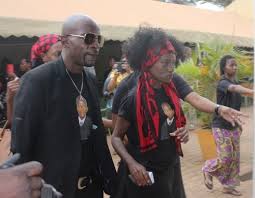 He also appreciated her acceptance to step at his dad’s house for the first time ever.

Juliana Kanyomozi responds to claims that she is pregnant.

Juliana  finally came out clean on the issue of her being pregnant. This is after rumour circulated all over East Africa that she was pregnant but was secretly hiding the world about it.
Juliana laughed it off and said that she is not pregnant yet.

“Why would journalist stoop that low to publish my personal life that they have no idea about? Oh please, I am not pregnant,” Juliana said.

Anyhow, getting pregnant is, and will never be a crime. Anyone can have a child as to when they want to.