Jeff Koinange is a Kenyan journalist and talk show host of Jeff Koinange Live on KTN since October 2013. He previously served as the Africa correspondent for CNN and CNN International from 2001 to 2007, and later as chief reporter at TV station K24 from 2007 to December 2012. Before joining KTN, he served as the Chief Anchor, Africa for Arise Television Ltd based in Johannesburg.

Jeff Koinange is married to Shaila Koinange, a Kenyan of Asian origin. He prefers to keep his private life away from the public and very little is known about his wife. They have a young son, Jamal Mbiyu Koinange, who was born late in their marriage. 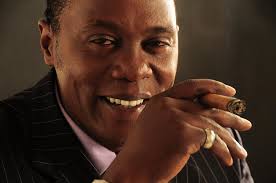 nd ran a string of businesses including a popular petrol station Koinange Petrol Station in Kariokor. 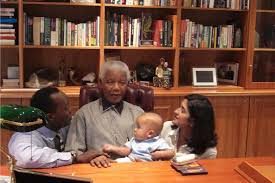 n, NY between 1987–1989 and graduated with an associate degree. He also received a Bachelor of Arts degree in broadcast journalism from New York University. Prior to joining CNN, Koinange worked for Reuters Television from 1995 to 2001, covering Africa and serving as their chief producer from 1999 to 2001. He also worked as a producer at NBC News in 1994 and also worked for ABC News earlier in his career from 1991 to 1992. Seven months after leaving CNN, Koinange was hired as a news anchor by a new Kenyan TV station, K24, which started doing test runs in Nairobi in December 2007.

He was the host of Capital Talk Show. He now hosts ‘Jeff Koinange Live’, a talk show aired on the Kenya Television Network (KTN).

Included among the more significant stories Koinange has covered for CNN in Africa were the crisis in Darfur, the civil wars in Liberia and Sierra Leone and the famine in Niger, for which Koinange won an Emmy award.

Most recently, in early 2007, Koinange was reprimanded by the government of Nigeria for his coverage of the Movement for the Emanicipation of the Niger Delta (MEND). In his report, Koinange accompanied masked MEND guerillas to a camp where they were holding a number of Filipino hostages.

The Nigerian government said that the report was “staged”, a charge CNN denies.

Koinange has also covered news outside of Africa, including extensive reporting on the aftermath of the Hurricane Katrina crisis as well as the Iraq War.

On May 29, 2007, CNN announced that Koinange was no longer employed by the network. He had apparently been caught up with a sex scandal that CNN did not want to become associated with.

Jeff has written a book titled “Through My African Eyes” and it’s been endorsed, on the back sleeve, by personalities like Thabo Mbeki and Prof Ngungi Wa’ Thiongo.

He resides in Lavington and his home is a forest of African paintings. Looking around, you’ll either see a painting, an award or a piece of sculpture.

It is rumored that Jeff Koinage earns a 7 digit Salary.

2007 was a controversial year for Jeff . Shortly after the Niger Delta report, Marianne Briner, a Swiss national claimed that she had an affair with him

“It was too coincidental, coming on the heels of the Niger Delta story. This woman contacted me stating that she wanted to write a book and expose some ‘big’ politicians and she wanted me to introduce her to folks like Oprah Winfrey. I couldn’t because I didn’t have the contacts.

She then vamped on the Niger saga and attempted to spin the situation to gain notoriety. Lucky for me, my wife had the back-up phone logs. The whole incident was unfortunate and caused me unnecessary grief.” Says Jeff.

Jeff Koinange and his Wife struggle to Conceive

Like any other normal couple, celebrities too struggle with infertility at times.

Celebrated and multi-award winning TV journalist, Jeff Koinange and his wife, Shaila Koinange, did struggle for years to conceive. For 9 years, the couple struggled with infertility but used fertility treatments and welcomed a healthy, beautiful baby boy.