Not only is she a gospel music hit maker, but Kambua Manundu is also a philanthropist and force to reckon with in the Kenyan music industry. She is fully dedicated to her ministry and talent.

Kambua Manundu is the second born of three children of Professor Manundu and  Evangelist Lois Manundu who are also the co-founders of Tabibu Ministries.She  was born and raised in Nairobi.

Kambua’s childhood was all about fun and games. Unlike the lady she is today, she was a tom boy,who loved playing alongside her brothers.

While attending Kianda Primary school, she was involved in school choirs and mass activities which strengthened her religious upbringing.

She then attended secondary school at Lukenya Academy where her love for music grew as she ventured into solo performances. 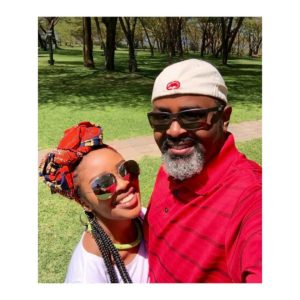 Despite occasional financial difficulties, she was fortunate enough to complete her secondary school after which she joined Heart strings theatre and performed in shows including ‘Family Business’ and ‘Something’s burning’.

Around the same time she joined her church praise and worship team and did
background vocals for top artistes like Mbuvi, Bahati and Kavutha.

In the quest for higher education, she had been applying into various universities and she finally got an invitation to the Ambrose University in Calgary, Canada to pursue music.

This gave her much needed exposure and a chance to sing alongside the legendary Angelique Kidjo in concert.

When she was done with her degree, she visited Kenya on vacation, to the realization that songs from her album ‘Nishikilie’ were doing well.

Rather than leaving what she had already started, Kambua decided to concentrate on her music career in Kenya.

2008 was the year that saw her win the Kisima Female Artiste of the year while in 2009 she became Groove Female artiste of the year. These wins, coupled with her strong presence in the Kenyan industry gave her roles as host and emcee to several events.

Kambua got married to pastor and businessman Jackson Mathu at a wedding garden at the Windsor Golf Hotel and Country Club. 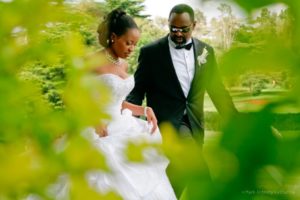 Gospel artist Victor Mbuvi was allegedly dating Kambua but they broke up few months before their
wedding .

1.       Kambua is the second born in a family of three children. She was born and raised in Nairobi by her father, Professor Manundu and her mother, Evangelist Lois Manundu

2.      She has a degree in music, in 2008 she finished her Bachelors of Arts (music) degree from Ambrose University College in Calgary

3.      She has featured in several commercials as an actress and voice over artist among them Delmonte, Sunlight, Mumias Sugar, KPLC and Fresha Maisha Milk.

4.      She is a daddy’s girl and the death of her father affected her life badly

7.      She has two albums under her belt namely Nishikilieand Nyumbani. She has already started working on her third album which already has two songs, Again and Umetenda Mema

9.      Before she got married, Kambua was engaged to a gospel musician who broke off their engagement months before their wedding in 2011

10.  She has a fetish for shoes and hats and has about a hundred of them. She describes her style as elegant, trendy and chic.