Joyce Omondi is an award winning Kenyan Gospel Singer. Joyce Omondi was born in Nairobi and studied in the Kenya before proceeding to Knox College in the United States between 2006 and 2010 where she majored in both Economics and Integrated International Studies (IIS).

Joyce Omondi learnt to sing and play the piano, and started performing early in life at church gatherings in Woodley, Nairobi and later graduated to singing in the Church choir.

On returning to Kenya, Joyce Omondi released a series of gospel singles and collaborations including Conqueror and Kweli which means “Truly” in Swahili. Kweli is one of her most popular hits.

Her songs are all from personal experiences, specifically Conqueror. The song relates to her father who was injured during the 1998 bomb blast, his visits in and out of the hospital and how they got through that difficult period as a family.

Her father also features in the video for the song Kweli. Her album explores different gen 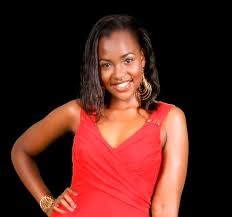 res like reggae, neo soul, smooth jazz, Western and worshory
Apart from her music career, Joyce  also co-hosted the popular Rauka Gospel Music show on Citizen TV . She quit the show in 2013 to pursue a Masters degree at the Georgetown University in Washington. 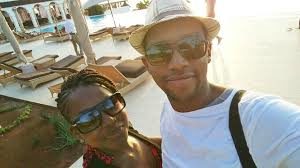 Though Joyce Omondi is often fiercely protective of her private life, she took to her Facebook page to thank two women who played a major role in putting together her breathtaking bridal look.

The first person she appreciated was her mother saying, “My dear mum kept the very same veil she wore on her own wedding day for me! It matched my gown PERFECTLY and was just as beautiful as when she wore it decades ago!”

And where did she get the luxuriously embroidered long-sleeved bridal gown that was a perfect blend of amatory and decent?  A close childhood friend, who Joyce regards as a sister, helped her design and tailor the dress.

“And then there was this gown! It was such a joy designing it with my best friend @naomydesign who has been the sister I never had since childhood. She totally brought the design to life with her amazing tailoring skills!” posted Joyce Omondi

To Joyce Omondi the gown was more than just a ceremonial white outfit: “The sentimental value of what I wore that day is something I will always treasure.. a reminder of two incredible women who have stood with me through the highs and lows of my life and loved me so graciously. How I love and thank them both immensely!”